Highlights from The Pulwama Aftermath by Pratik Shah 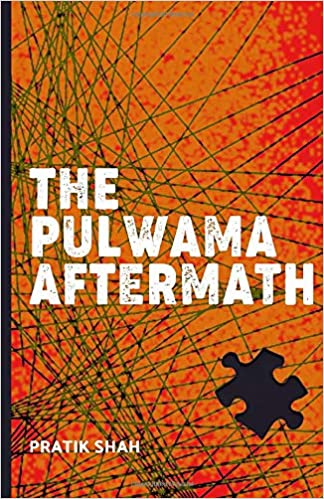 I am very interested in Indian political events, so this book was quite an engaging read for me. I might be little biased here, but the book was very well written, though editing could be improved at some places, especially in the first few chapters of the book.

This book's premise loosely based on the media reports that claimed a particular political party's involvement in the Pulwama attack on the Indian security forces, to gain an advantage in the upcoming Indian elections. The author has done excellent work taking these allegations for the idea of the book. It was quite easy to correlate the characters of the book to their real-life counterparts. The names selected for the roles also bear a striking similarity to the real-life characters. The businessman's name was unique, though (or I think so).

It was strange that the plan to declare war on the neighbor did not face any opposition from anyone. Almost every character supported the decision,and the kind of support India received from the international community was something, I do not anticipate in real life. But then, it is a work of fiction, and the author had the liberty to assume whatever he wishes to. It was a predictable story after a few chapters in the beginning. I would have liked to have some unexpected events such as the early death of some of the characters to keep the story more engaging.

The ending was apt. It signifies the fact that sometimes influential people start doing things which are wrong but carries good intentions according to them. It is nearly impossible to bring down such influential people sitting on higher posts, once they have people's mandate.

I have not highlighted anything in this ebook.