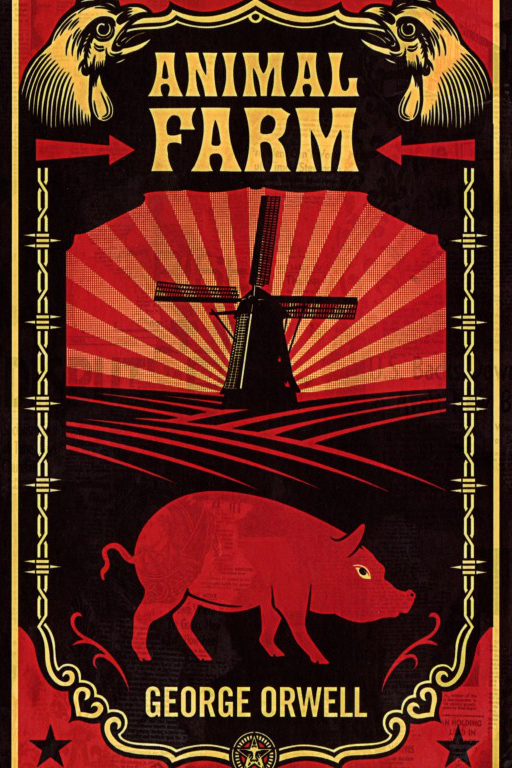 I already knew before starting this book that it is written as a satire on some communist movement. However, I did not know which one. So during my reading, I was constantly comparing the characters with their counterparts in the modern communist world.

I really liked the way this novel is written. It was the first time, I was reading an allegory, and I thoroughly enjoyed it. I wonder how the author turned a historical event that led to the birth of communism into an easy and fun to read story. I have not read a book that so succinctly and simply explains a complex idea and all its intricacies and nuances with excellent analogies.

I think my adult biases have influenced how I interpreted this story. My perspectives on communism, socialism, democracies, government, people, leaders, and capitalism made this book a chilling read. It is a relatively short read, thankfully. I do not think I would have been to read 300 pages version of this book. I wonder how a child will interpret this book. An animal book without pictures!

The author does not seem to have any issues with the idea of socialism. It is evident from the speech of the Old Major in the first few chapters of the book. However, the criticism is of those people who take advantage of the feelings of people to advance their agenda and use propaganda to fulfill their motives.

The windmill is used to show the economic development and how much people have to suffer to gain economic prosperity. It also shows how technological advancements do not necessarily transform into economic prosperity and only improve the lives of select powerful ones.

The most heart-breaking character, in my view, was of Boxer. I believe he represented ordinary people. He believed in his leader entirely and worked hard to see his community and farm (read country) prosper.