Highlights from Keepers of the Kalachakra by Ashwin Sanghi 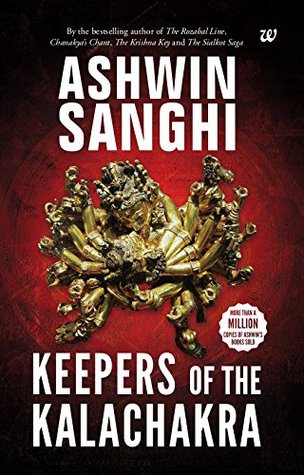 I have read a couple of books of Ashwin Sanghi before this one. I love the way he combines mythology, religion, and politics in the plot. It obviously takes a lot of research on his part, and the hard work shows in the breakneck speed of his books.

Keepers of Kaalchakra is no different. The book starts with some prominent world leaders getting killed mysteriously. In India, Vijay Sundaram, our protagonist, is a scientist. He is offered a lucrative job at Milesian Labs. He is not keen on joining, but circumstances force him to accept the offer. When he joins the lab, built-in forests of Dehradun, he notices some weird things. He talks with another colleague from the lab. Soon he realizes the real motive of the lab and unearths some secrets that can affect not only his life but also alter the course of humankind.

In this book, multiple stories run in parallel, happening all across the globe - India, Russia, Syria, Tibet, America, China, among others. Then there is a sage Brahmananda, whose boisterous conversations with various characters of the novel were quite engaging. Sometimes, it felt that the author has just put every research paper that he has read in this book.

This book does not have the usual grip, which was expected from an Ashwin Sanghi book. The abundance of scientific explanations dominates the actual plot. The book feels very dull during the explanation of some concepts of quantum science. No doubt, these parts reflect the depth of his research. It talks a lot about Hindu Mythology, Islam, and terrorism, but it fails to take prominence in the book. I must say, some of the concepts and facts mentioned in the book were very surprising and enlightening for me.