Highlights from Shyam by Devdutt Pattanaik 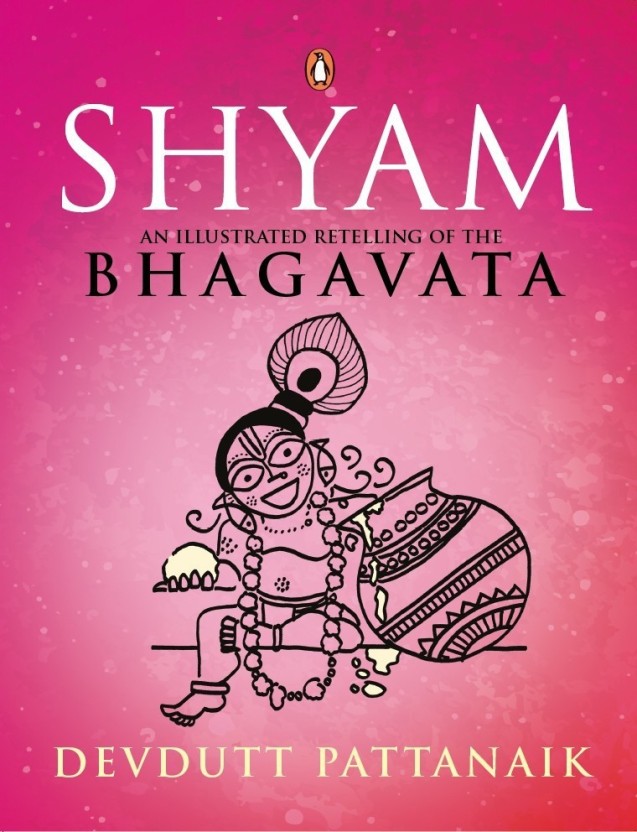 I will start with a quote from the book. This is about the findings of ancient ruins near modern-day Dwarka.

Historians are not sure. For the faithful, it does not matter.

I am one of the faithful that the above quote refers to. I do not care if Krishna is a real or mythical figure, what matters most is whether I can learn something valuable from his stories. I am not talking about Gita, but the usual stories. Krishna has been one of my most favorite characters from the deities of the Hindu pantheon. I have read a lot about Krishna, but mostly from a religious perspective. This book is a new take on Krishna, and I liked it.

In "Shyam: An Illustrated Retelling of the Bhagavata", Vyasa narrates the story of Krishna to his half parrot-half human son, Shuka. The story progresses linearly, starting from the prophecy of Kamsa's death, Krishna's birth, his time in Gokul and Vrindavan, his return to Mathura, fleeing to Dwarka and so on.

The author has done arduous research in collecting various interpretations of Mahabharata and various Puranas from different parts of India and Southeast Asia. His interpretations and association of these findings with what is supposed to be original are noteworthy.